News from UM Association of Ministers with Disabilities, 5/27/16

How to change the world
http://www.rudermanfoundation.org/blog/article/how-to-change-the-world-a-brief-story-of-tom

Click here to join this e-mail list.
Visit us on the web or Facebook.
Posted by Disability Ministries group, United Methodist Church at 12:40 PM No comments:

News from UM Association of Ministers with Disabilities, 5/20/16

What to do if you think a coworker (or friend) is struggling with depression
http://time.com/money/4313511/coworker-struggling-depression/

Why working with a disability is hard -- advocacy area!
http://www.freewheelintravel.org/working-with-a-disability/

What about pastors in recovery?
http://network.crcna.org/pastors/what-about-pastors-recovery

Click here to join this e-mail list.
Visit us on the web or Facebook.
Posted by Disability Ministries group, United Methodist Church at 11:45 AM No comments:

Some twenty years ago I was blessed to accompany my husband to Baltimore on a business trip.  While he was in meetings, I wandered the city.  Baltimore is a wonderful place for Methodists to explore.  It is the site of many important locations in the story of American Methodism.

Mt.Vernon Place UMC is built on the site of the Howard mansion.  Mrs. Howard was the daughter of Francis Scott Key, who wrote the lyrics to The Star Spangled Banner, and the church itself is a prime example of Victorian Gothic architecture, conceived as a “cathedral of Methodism” when it was built in 1872.

Old Otterbein Church was established in 1771 by a German Evangelical Reformed Church congregation, which lent the chapel to Joseph Philmore to organize the Lovely Lane Meeting House congregation.  Francis Asbury convinced Phillip William Otterbein to accept the pastorate at Baltimore in 1774, where he remained for the rest of his life.  Asbury preached many times at Otterbein’s church. In time Otterbein and Martin Boehm formed the United Brethren in Christ Church.  (In time the Evangelical United Brethren would join with the Methodist Church USA to form the United Methodist Church.)  The current building was erected in 1785 and is the oldest in continuous use in Baltimore.

Lovely Lane Methodist Church is known as the “mother church of American Methodism” because it was here that the Christmas Conference of 1784 was held organizing the Methodist Episcopal Church, and ordaining Francis Asbury and Thomas Coke as its first Bishops.  The current sanctuary was designed by Stanford White and completed in 1884.  When I visited in 1996 the building was undergoing needed repairs, and a fundraising campaign was underway.  I see from the church’s webpage that the renovations continue.

I took particular delight in the museum at Lovely Lane.  It was in the basement, and featured a variety of interesting items, including the kneeling bench at which Francis Asbury prayed, many historical documents, portraits, a “parson’s wallet” (empty, of course), and a can of Welch’s grape juice.  It was the grape juice that intrigued me.

The lovely lady who gave me my tour told me the story of Welch’s grape juice, how it had been developed by Thomas Welch, who developed a process to pasteurize grape juice so it could be used during the Eucharist in lieu of wine.  As I thought about that this morning, I realized it was a fine case of accommodation.  Not only was it in line with Wesley’s admonitions against "manufacturing, buying, selling, or using intoxicating liquors,” it was an accommodation to those whose substance abuse problems would place them in an untenable position when it came to participating in the sacrament.

Drinking unfermented juice accommodated their need to abstain, without marking them as somehow separate or different.  That isn’t always possible, but accommodation and inclusion should always be our goal. It’s already our tradition.

But when you give a banquet, invite the poor, the crippled, the lame, and the blind.  Luke 14:13*

(Like many of you, I am cringing at the words “crippled” and “lame.”  But I researched the verse through many different translations, and those are the words.  We are more mindful of the terms we use for disabilities today.)

Dear God, Thank you that you have taught us to care for one another, and to make the road straight, the load lighter, and the day joyful.  Through your Son Jesus Christ you have granted us the assurance of eternal life and the knowledge that we are never alone.  We are grateful. Help us remember that you welcomed and loved us in all our imperfections, and help us to do the same.  Amen.
Posted by Disability Ministries group, United Methodist Church at 7:54 AM No comments:

Why people with disabilities (and others) are often ambivalent about attention:
https://stephenkuusisto.com/2016/04/27/the-upside-ambassador-guide-dog-club/

Click here to join this e-mail list.
Visit us on the web or Facebook.
Posted by Disability Ministries group, United Methodist Church at 1:33 PM No comments:

When we lived in Bishop we celebrated a night of Las Posadas every year at our church.  For those of you not familiar with Las Posadas, it is a remembrance of Joseph and Mary’s search of lodging on their way to Bethlehem.  In the traditional Las Posadas, the journey is celebrated over nine nights, with the Pedir Posada (seeking lodging) being sung back and forth between people representing the peregrinos (pilgrims) and the posaderos (innkeepers).

The peregrinos ask for lodging, telling the posadero how long they have traveled, and that their wife is soon to give birth.  The posadero tells them that there is no room, and that they will have to move on.  Finally, the peregrinos tell the posadero that have a they are traveling with Mary, the queen of Heaven, and the posadero bids them enter.  Inside everyone gathers for prayer, songs, and a party.  The children have a piñata, and everyone enjoys a wonderful meal.

I’m telling you about Las Posadas not because Christmas is coming, but because Mary and Joseph found lodging.  It wasn’t the best lodging, as you will recall, but someone opened a door.  Last fall our brother Howard Guetherman brought up the subject of hotel rooms.  He shared his problems trying to find an accessible room on the ground floor, and wondered how many of us had similar problems finding rooms that suited our needs.  Wouldn’t it be wonderful, he thought, if we could get hotels more interested in making hotel rooms more accessible and welcoming?

I recently learned of a new website that gives us a chance to rate hotel rooms based on their accessibility.  https://www.brettapproved.com is a site established by wheeler Brett Eising, who left his job in corporate America to start brettapproved because he believes that everyone, regardless of any given disability or mobility challenge, deserves to travel confidently.  The site lets users review and rate hotels, restaurants and entertainments venues.  While brettapproved is in its infancy, and reviews are slim in many areas, your participation will help us all.  You can sign up to be a participant at the website.  Guidelines for reviews are listed at https://www.brettapproved.com/faq.  I have signed up and can’t wait to find more accommodating lodgings when I travel. 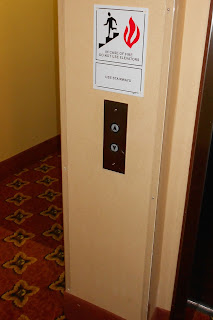 I think that as brettapproved grows, hotels and restaurants will start to pay attention.  Communicating with hotels and restaurants directly, as Howard did with the hotel over his inappropriate room on the third floor (how to get a wheelchair and user safely down to the ground floor in case of a fire?) is also important, being sure to do so calmly and respectfully.

Do not neglect to show hospitality to strangers, for by doing that some have entertained angels without knowing it.  Hebrews 13:2

Dear Lord, We thank you for the new resources that you put before us to help one another as we search for a home away from home.  Help us to educate each other, and the places where we stay, to be more welcoming and accommodating.  Amen.
Posted by Disability Ministries group, United Methodist Church at 3:14 PM No comments:

New blog from a UM pastor, posting about an interesting interaction:
https://crippastor.wordpress.com/2016/04/05/it-just-doesnt-matter/