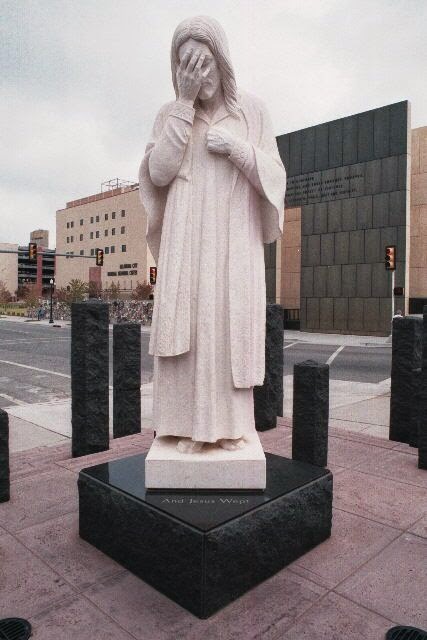 Like many people, I am deeply disturbed by recent events. Time after time police officers shoot at or get into confrontations with unarmed black men and grand juries fail to indict them. The response from many is "Black Lives Matter." And I am as angry as many others that our justice system is failing time after time to produce what its title implies. I do not blame or impugn anyone who is protesting, no matter what form that protest is taking, although I believe that nonviolence will go farther to achieve the goal of correcting what is wrong with our system.

But there is a broader story here, one that indicates that there is even more happening than police brutality and racism and corrupt prosecutors.

The news media report far too often about children with autism being murdered by their own parents, of people tying them up and putting them in closets or basements, sometimes not feeding them or allowing them outside. Sometimes teachers and assistants have placed these children in cages. And there have been incidents where police officers have reacted inappropriately due to inadequate training when people with disabilities are involved---not prepared for someone who is deaf or has Down Syndrome or autism or mental illness. Some of these people have died at the hands of the police. Public sympathy is often not on the side of the victims.

Even the increase in news stories about hit-and-run accidents adds to this. People in cars are hitting pedestrians and bicyclists and not stopping to help or call the paramedics. Sometimes the drivers continue on with the victim embedded in the windshield or desperately holding on to the hood. Crosswalks and bike lanes are no protection.

Racism. Ableism. And what’s the third one? Transportism? People who are driving are worth more than people who walk or bike? I am not sure. But it’s clear that some people are not worth stopping to help.:

I am just thinking-----
And I am greatly disturbed, actually more and more disturbed.

Because if some people are not worth as much as others, where are we going with this?

Where will it stop? What classification will be safe?

Posted by Disability Ministries group, United Methodist Church at 8:21 AM