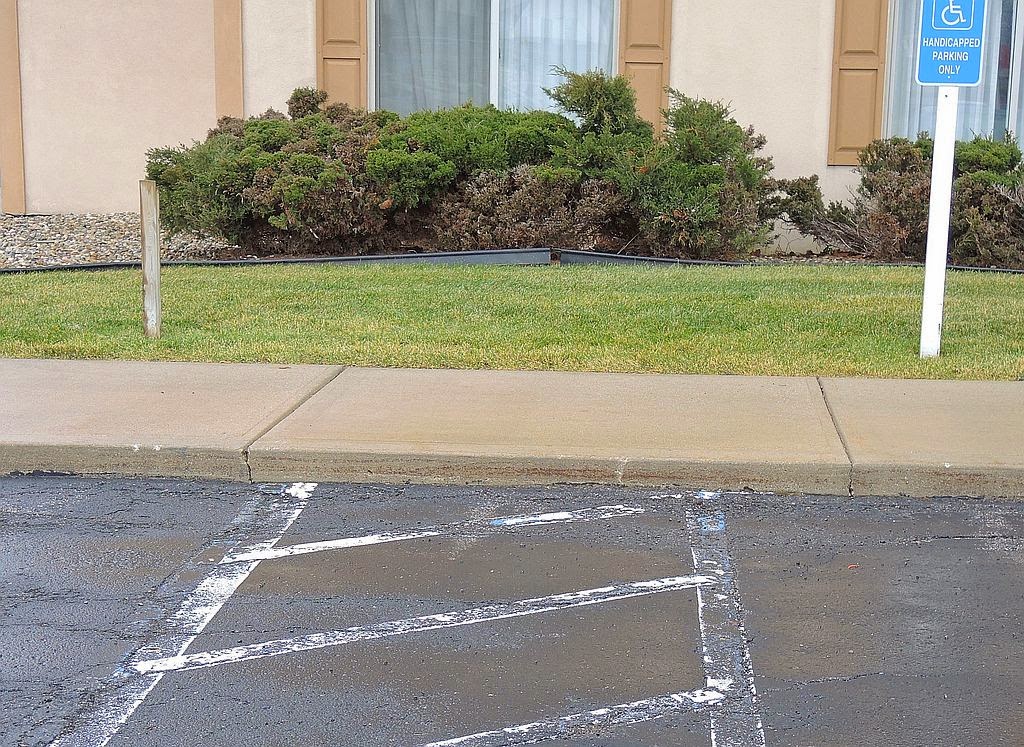 This entry was written for a political science class at my school, as a guest writer. I have left it largely intact.

Y’all recently read a blog post about customs in conflict in Saudi Arabia (women wearing head coverings). I’d like to ask you to think about another area of conflict today, one that is closer to home. The Americans with Disabilities Act is twenty-five years old this year. It provides legal protection for a variety of civil rights related to people with disabilities.

The Census Bureau states that 1 in 5 people live with a disability. This number may be low—many people do not want to consider themselves “disabled.” Sometimes this is because a chronic illness, such as asthma, does not interfere with life most of the time, or can be controlled through medication. Similarly, conditions such as poor eyesight, readily corrected with glasses or contacts, don’t cross our radar as disabilities. And some people just don’t want to be labeled that way because of perceived social stigma.

The ADA has meant a lot to me. I was a difficult birth and then apparently contracted polio. When I was older, I was in accident that injured my back. Yet I have been a photographer (including for several fire departments), photo lab manager, and have attended college and graduate school. Now I teach at our famous Art Institute of Indianapolis and as an on-line teaching assistant at United Theological Seminary. These days, people who do such things get media coverage that goes viral on Facebook or YouTube. But many of us were doing these things long before they became fashionable.

Some of these activities have been a struggle. I ended up attending a local college, even though several top-ranked colleges sought me out—but that was before the ADA, and the invitations disappeared when I asked about stairs and the like. Even after the ADA was passed, schools dragged their feet on physical accessibility. One listed the ability to carry 50 pounds up a flight of stairs as an essential part of being a professor (and thus not subject to accommodations). Another wouldn’t take me on to teach history because the position also required coaching football (even though that wasn’t stated in the announcement).

And it continues. As I’ve often remarked in my classes, laws just show the points of need—they don’t change hearts. And, something I’ve mentioned in my classes: there are often unintended consequences. I have an example of each that we’d like to ask you to comment on.

The first is with businesses that continue to be slow about accommodations—or don’t have their heart in it. You may have heard of “serial” lawsuits, where a lawyer and person with a disability file several lawsuits in a particular geographical area. While these are presented as overblown or picky, how would you feel if you went to board an airplane and were either denied boarding (after paying for a non-refundable ticket), forced into a seat assignment that you can’t physically get to, or find that your wheelchair was damaged by handlers, and the airline refuses to pay for the repairs? Or, rather than being seated in a convenient front area of a restaurant, you’re herded through a maze-like trail to a seat next to the take-out door and kitchen? Or you need to use the restroom and can’t get through the door? Just to finish the sequence, then your shuttle comes—and you have to crawl in because it doesn’t have a lift. All of these have happened to me. And it’s been 25 years—will a police officer let you out of a ticket because the speed limit changed 25 years ago?

An emerging problem is with service animals. The ADA provides that service animals may go anywhere their human does. Yet I hear every week of someone who is denied entry to some business because of their dog (and by the way, the law does specify dogs, you can’t claim a snake or rat as a service animal).
Yet what happens if I should someday need a service dog (they can pull wheelchairs, pick things up, carry bags, and so on) and one of you in the class is allergic to dogs? Or, since no documentation or certification of status is required, what if someone buys a fake service dog vest on the internet and shows up in class?
Managing conflict and dealing with unexpected consequences are important skills in life. How can we best handle them?

Posted by Disability Ministries group, United Methodist Church at 9:36 AM